How Could Brexit Impact Gold Prices?

If you’re an avid gold nerd like us, chances are you’re keeping a close eye on your gold investments and are wondering how Brexit will impact them.

We’re writing this at the beginning of December 2020, and Brexit is supposed to take place at the end of this year, 31st of December. How will Brexit impact the price of gold? Should I buy more of the precious metal? What will happen in 2021? We’ll be covering the answers to those questions in this post.

What are the different Brexit scenarios?

There are four main scenarios that might happen with Brexit. Here’s what they would mean for your gold:

This is the original goal of Brexit: to leave the EU on good terms and with an agreement in place. Although the two parties haven’t come to an agreement yet one month before the deadline, there is still a chance that this may happen. In this scenario, the UK has free movement and still has access to the single market.

In terms of your gold, there may be a bit of uncertainty at first as people try to spell out what the agreement means for their investments. This might cause a rise in the price of gold, but it will most likely decrease again and level off, maybe even decreasing in value.

This is a scenario where the UK completely leaves the EU with no access to the single market. This may increase tariffs, make it harder to get visas and weaken the sterling pound. The UK would also need to spend a considerable amount of time and money negotiating deals with other countries.

This would cause more uncertainty in the market than a soft Brexit, which means the price of your gold would increase. Investors will be selling UK stocks and it’s likely that the British stock market would decrease in value, causing many investors to switch to precious metals and other safe-haven investments.

A no-deal Brexit is a worst-case scenario: the two parties have not come to an agreement and therefore the result is no deal, resulting in a similar relationship between Canada and the EU. In 2020, the world has been busy dealing with the Covid pandemic, which means that Brexit talks have been postponed and priorities have shifted – having said that, both the EU and the UK would lose out on a lot with a no-deal, so it’s not a very likely scenario.

In terms of gold prices, a no-deal Brexit would leave the UK vulnerable. Tariffs would get a lot higher, and visa restrictions and regulations would get a lot tighter. The pound sterling would also be more devalued causing a lot of uncertainty and volatility – something markets hate. The price of gold would increase by a lot in this scenario, as investors look to put their money somewhere safe and secure.

Due to the Coronavirus pandemic and severe economic impact of the lockdown, most countries around the world have been preoccupied with crisis management. Brexit negotiations have been constantly delayed, and although the transition period is supposed to end at the end of 2020, the UK has already asked for a delay.

In this scenario, it’s likely that the price of gold will remain stable simply because a delay doesn’t tell us anything about the Brexit situation. However, investors will be hanging onto their gold as they wait for the next Brexit deadline.

Why Brexit will increase gold prices

In nearly all scenarios, the price of gold will increase. That’s because Brexit causes uncertainty, and gold prices usually increase in times of economic volatility. We already saw this take place when the Brexit vote was announced in 2016: it caused a surge in demand for gold which hiked the price up.

As mentioned before, gold prices increase during times of uncertainty. With Brexit, we’re not sure how this will affect the British economy: will businesses prefer going elsewhere? Will the stock market take a hit? Will the price of goods massively increase? Brexit won’t just impact the EU and the UK – it will impact the entire world. Just look at the Coronavirus pandemic to see a real-life example; the pandemic caused a lot of uncertainty as businesses had to shut down, countries had to close borders and employees were working from home. Throughout the year 2020, gold has increased by more than 30% and reached $2,000 per troy ounce for the very first time.

During times of uncertainty, investors prefer putting their money into safe-haven investments, and gold is one of the best places to keep your money safe.

The stock market does not represent the economy, which is why it can be unpredictable. However, there is no denying Brexit will impact all businesses across the UK. Companies may change headquarters and move elsewhere, and an increase in regulations and visa restrictions could cause cashflow and hiring issues. This could cause a stock market crash or a prolonged recession. When the stock market decreases in value and causes a bear market, investors like to sell their investments and put their money into less volatile investments such as gold. This increases demand, which in turn increases the price of gold.

One of the main reasons to invest in gold is because it acts as a fantastic hedge against currency risk: gold speaks everyone language and is a valuable asset in nearly every country in the world.

With Brexit, the pound might decrease in value, causing higher inflation or even deflation. People who want to keep their money in liquid assets that aren’t inflationary will head towards gold. This increases demand and further increase the price of gold. 📈

As you can see, the price of gold will increase in nearly all Brexit scenarios. That may not always be a good thing: gold is a safe haven and long term investment – most gold investors don’t buy gold to sell it at a profit, and therefore don’t focus on the price. However, an increase in price does mean that gold is beating inflation and maintains its value over time.

We believe every family and individual should hold 10% of their portfolio in gold. At Minted, we’ve made it affordable, simple and accessible – and you can get started with just £30. Interested? Create an account for free to see how you like it. 👇 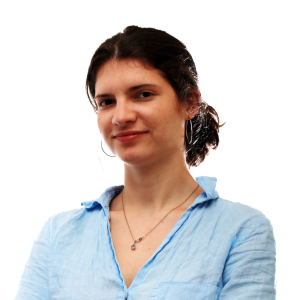 Gold vs Stocks: Which is Best?